Saint Hripsime Church is nearby the Etchmiadzin Holy See and was built in 618 AD. Armenia was the first nation to convert to Christianity, predating even Rome, and has some of the oldest Christian churches in the world. This church is named for Saint Hripsime, who fled from the Roman Emperor Diocletian's court when he made unwelcome advances towards her only to be tortured and killed by King Tiridates III upon reaching Armenia. 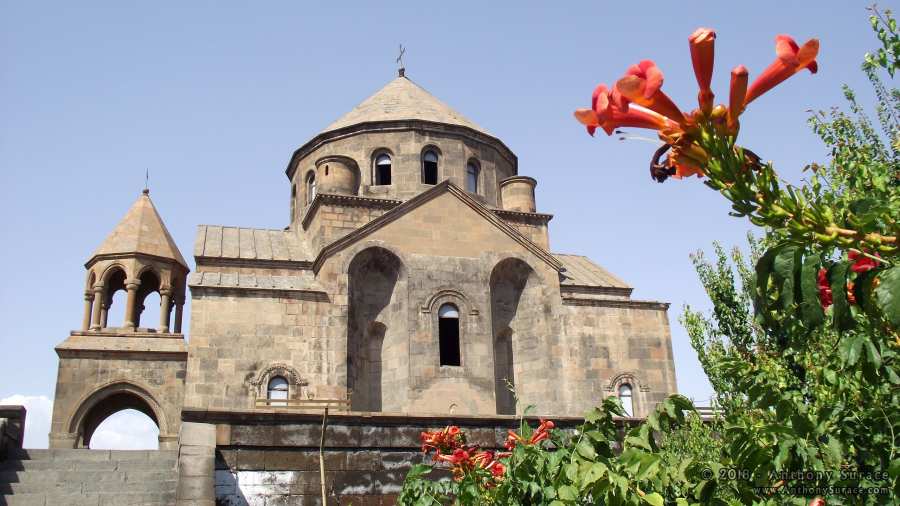